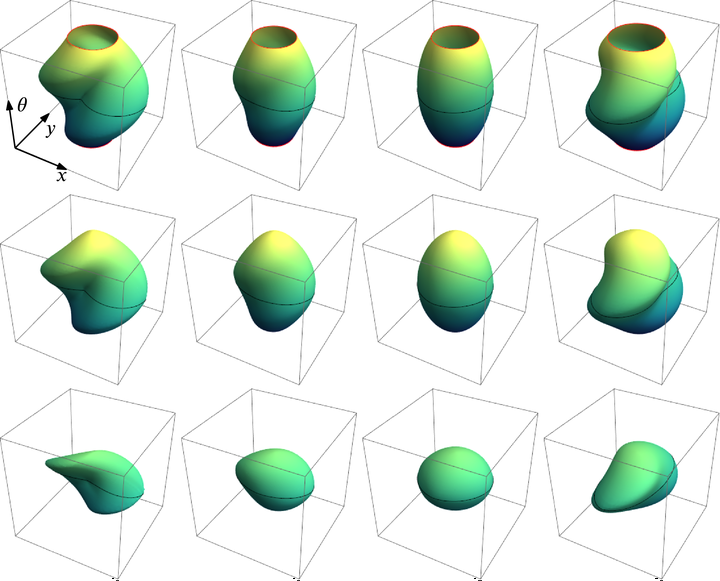 We present a PDE-based framework that generalizes Group equivariant Convolutional Neural Networks (G-CNNs). In this framework, a network layer is seen as a set of PDE-solvers where geometrically meaningful PDE-coefficients become the layer’s trainable weights. Formulating our PDEs on homogeneous spaces allows these networks to be designed with built-in symmetries such as rotation in addition to the standard translation equivariance of CNNs.

Having all the desired symmetries included in the design obviates the need to include them by means of costly techniques such as data augmentation. We will discuss our PDE-based G-CNNs (PDE-G-CNNs) in a general homogeneous space setting while also going into the specifics of our primary case of interest: roto-translation equivariance. We solve the PDE of interest by a combination of linear group convolutions and non-linear morphological group convolutions with analytic kernel approximations that we underpin with formal theorems. Our kernel approximations allow for fast GPU-implementation of the PDE-solvers, we release our implementation with this article. Just like for linear convolution a morphological convolution is specified by a kernel that we train in our PDE-G-CNNs. In PDE-G-CNNs we do not use non-linearities such as max/min-pooling and ReLUs as they are already subsumed by morphological convolutions. We present a set of experiments to demonstrate the strength of the proposed PDE-G-CNNs in increasing the performance of deep learning based imaging applications with far fewer parameters than traditional CNNs.